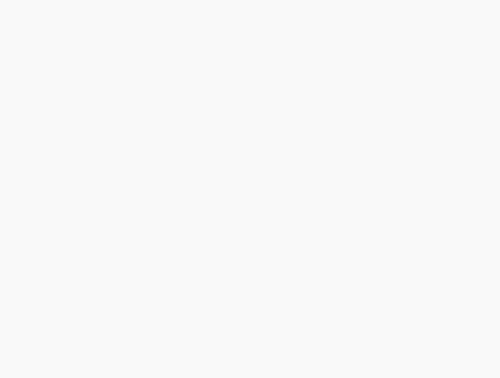 There is so much to see in New Orleans, especially beyond Bourbon Street. Get away from some of the tourist trap bars and see where the locals hang with my list of the Best New Orleans Bars. Cheers!

The John
As soon as you step inside, you’ll know where the name The John comes from. There are literal toilets by the wall inside the bar. Non-functioning toilets of course, but toilets nonetheless. Any bar that uses toilets for decor is bound to be a bar where you make bad decisions. Commence if you dare. But, (pun intended?) it’s located on Frenchmen Street which is a heck of a fun street so I’d make a pit stop if you’re in the neighborhood.

Black Penny
Black Penney is co-owned by the former manager of Erin Rose (also on this list), meaning it’s a bar that is well run. What’s especially cool about this dive bar is that they are one of a few bars in the French Quarter to recycle their beer cans, and they only serve beer in cans. The selection is huge – there are 75 beers to choose from! They represent the local craft beer selection really well. I don’t know about you, but I looooove tasting local craft beer when I’m visiting new cities.

Three Legged Dog
The Three Legged Dog is rather unassuming from the outside, but don’t let that deter you. Step inside for a 24-hour bar and grill that’s welcoming for locals and tourists alike. Plus, with a 2 for 1 special EVERY day, you’re vaca money will go further here. This place is definitely a service industry bar so during the earlier hours you won’t need to fight off a crowd (which is always nice after walking through Bourbon Street) but if you head here later in the evening past 2 am you’ll be joined by a full crowd. They also regularly host crawfish boils!

Chart Room
**This place is CASH ONLY** so prepare yourself in advance to avoid any extra ATM fees. So Chart Room is regularly referred to as one of the best bars in New Orleans. That alone is reason to stop in, my friend. And – and they have one of the best jukebox selections and some great bartenders. It’s located in French Quarter on Chartres Street so it’s easy to visit when you’re exploring the neighborhood. Since it’s known as one of the best bars in NOLA, you can expect to find a heavy crowd, but regardless of how popular this place gets it never loses it’s dive bar charm.
Seriously – go here! Drink and be merry!

B Mac’s
You’ll actually find some of the same bartenders from The Chart House over at B Mac’s too considering the owners of the two bars are related. Compared to the Chart Room you’ll find B Mac’s to be slightly more “dressed up” and less divey. The jukebox is top notch and filled with a perfectly curated selection of tunes. Their is a spacious courtyard so you can enjoy fresh air while sipping on some cheap drinks. Seriously, the prices here are awesome without skimping on quality. This bar is also cash only with an ATM on-site. You’ll find NOLA Brewing beers for $3 a can and cocktails starting at $4.

Boondock Saints
Yep, it’s actually named after that cult favorite movie! It has an Irish Pub vibe with a good selection of beers on tap and, of course, a jukebox with all killer hits.

Chuck’s
This bar is known for pouring a mean drink and by that I mean their pours are like 3X what you’ll get elsewhere. Great for your wallet, not so much for your liver, but that’s clearly not a worry when you’re in New Orleans. This place is definitely a scruffy dive bar so you might not want to spend your entire evening here, but stopping in for a few cheap, strong drinks is worth it.

Sneaky Pete’s
Sneaky Pete’s is a down-to-earth sports bar with guests both local and tourists. It’s a good place if you need to catch a game while you’re in town with tons of tables and booths for your whole group. And it’s run by folks who have been in the service industry for years.

Backspace Bar
Backspace Bar’s tagline reads: At the intersection of drinking and writing. Yes – it’s a bar that satisfies your inner nerd. You’ll find inspiration on the food and drink menu from your favorite alcohol-loving authors like Hemingway, Faulkner and Mark Twain. It’s a gem in the typical dive bar scene. Plus, the food is amazing – seriously how many bars serve homemade meatloaf sandwiches?! This needs to be a thing! Stop here for a handcrafted cocktail and a hearty bite to eat.

The Jimani
The Jimani is actually part of several haunted tours in New Orleans because, sadly, a mass murder took place here in the upstairs lounge. But, don’t let that deter you. In fact, those people should be celebrated because there deaths were largely ignored at the time due to the upstairs lounge being known as a place for LGBTQ. Jimani is open 7 days a week, serving food and offering over 100 beers. That alone is reason to stop in.

Erin Rose
Erin Rose is a casual bar with locals, tourists, musicians and artists frequenting the place. It’s a half block from Bourbon Street but is no tourist trap. Plus, you’ll find Killer PoBoys serving up food in the back.

The Dungeon
The Dungeon is not for everyone and certainly not for the faint of heart nor those who can’t resist taking selfies 24/7. I say this because The Dungeon is dark and creepy and does not allow pictures. Seriously, you’ll get called out if you’re using your phone suspiciously so be careful!
Regardless, it’s worth checking out if you’re interested in a unique evening. The bar was inspired by a mysterious ghost story and is a tribute to Suleyman, a wealthy man who threw lavish parties in a nearby mansion and was maybe murdered by his own brother. I told you this place is interesting! You’ll enter the bar through a narrow corridor that leads to a lovely courtyard and a dimly lit bar. You’ll find a jukebox that plays heavy metal and lots of skull decor, plus some cages (yes, you read that right, there are multiple cages you can sit inside) and a large dance floor. Seriously, this place takes the cake for most unique bar in the Quarter.

Have you ever been to New Orleans? What bars would you add to the list?!
Check out my New Orleans Travel Guide with more restaurant, bar and sightseeing recommendations. Also see my NOLA Foodie Bucket List.