Over Memorial Day weekend it was my pleasure to help host a Bachelorette party. I’ll be writing another post later with more details, but it mostly centered around touring our local craft breweries.

The bride, like myself, is a craft beer fanatic. So as we made some initial Bachelorette party plans, it became pretty clear that a brewery tour would be the perfect party for her. There are several brewery tour options in Cincinnati and we went with Cincy Brew Bus. Here’s a review of our craft brewery tour with Cincy Brew Bus.
The company has many regular weekend (and weeknight) tours that include visiting “classic” Cincinnati breweries, East/West side breweries, a Sunday brunch option and even wine and bourbon tours. My group was able to book a price tour, so the 13 of us has a smaller bus all to ourselves. The even cooler part was that we were able to handpick the breweries we wanted to visit. This option is typically pricier, but due to an issue on the website calendar, the owner gave us this tour for the price of a regular public tour – great customer service.
Our lineup included: Listermann Brewing, Christian Moerlein Brewing, Braxton Brewing, and Rhinegeist.
The tour bus picks patrons up at the downtown Cincinnati J.A.C.K. Casino (formerly Horseshoe) at the Rock Bar in the center of the casino. A short introduction to the craft brewery scene and history was made before boarding the bus and then we were on our way.

This brewery was the most “casual” of the breweries. By that I mean, even though it was recently renovated with lots of seating and some rearranging of the bar, the environment was completely welcoming and not at all entertaining. There was no hipster vibe, just damn good beer. Listermann allows guests of the tour to choose 4 4-oz beers to sample. Listermann is known for their Nutcase Peanut Butter Porter. It is a must try! Even cooler, they brew different variations of the PBB so you can try any of these versions as well. Also, if Don’t Talk Shit About Norwood IPA is on tap, that one is also very refreshing and lives up it’s name. You can’t say sh-t about Norwood after a sip of that delicious beer. Since this was our first stop, plenty of seating was available on the many picnic tables and our group was able to basically have run of the room. I’d love to visit Listermann again. It seems like a great place for a casual night of good beer and playing one of the many board games they have available.

This is not the Christian Moerlein restaurant on the The Banks, but the brewery just north of Liberty St. in OTR. The entrance basically feels like it’s in an alley. Don’t worry. You’re about to enter the Cincinnati brewery that is just teeming with history. Christian Moerlein, the founder of the brewery, was born early 1800’s and settled in the mostly German, Over-the-Rhine neighborhood of Cincinnati. He preferred brewing hearty, European style beers which you will still see reflected in the draft lineup today. I recommend the Moerlein Emancipator Doppelbock as well as the Strawberry Pig Cream Ale, and any hefeweizen. You have the choice of a pint or a sampler at this stop on the tour.
This tap room is also quite large, but it’s one open room with mostly long picnic style tables with some corn hole and other games available to play. Plus, they have A/C! This is a big deal, because not all Cincinnati breweries do and it makes all the difference on a hot, humid day.

The Braxton Brewery is actually located in Covington, Kentucky and is the newest brewery we visited. We were able to go behind the scenes here and learn more about the actual brewing process. At this stop everyone on the tour is offered their choice of a pint. Braxton’s is more light and bright than the other breweries and instead of just long tables, there are couches and smaller tables, plus outdoor seating which we all took advantage of even though it was like 90 degrees. I haven’t frequented Braxton enough to identify what their brewing style is and I’ve probably had a different type of beer each time I’ve been there. However, the Crowbar Black IPA was my personal favorite out of the several I tried and don’t be turned off by the name, the beer actually has a very light body.

Our final stop was Rhinegeist which is located near Findlay Market in OTR. Rhinegeist is an incredibly large brewery. The owners made a great decision to purchase this huge warehouse so they could expand their business, which they have to much success over the years. Most recently, they’ve added a rooftop bar which offers amazing views of the city. One downside of Rhinegeist is that the inside does not have any A/C. It was so humid that day and almost too hot to be on the roof unless you were in the shade. Our CBB guide took us on a tour through Rhinegeist and even down to the basement level where they’ve begun brewing their cider. It was exciting to see that they will really have even more coming for fans here soon. At Rhinegiest we were given our choice of one pint. The beers here tend to be more of the west coast style which is hop-aggressive. My personal favorite is the Hustle because I am obsessed with rye pale ales. Another favorite is Fiction, a belgian style pale ale. And I also recommend Cougar, a blonde ale, that is very sessionable.

– the beer, of course
– the complimentary soft pretzels we received at the beginning of the tour (these were a life saver)
– the behind-the-scenes tours at the breweries

What Could Have Been Better:

– our bus did not have working A/C! It was really rough. The owner emailed me after my tour and apparently the regular bus was getting worked on and they didn’t know until using our bus the day of that the A/C wasn’t running so well. He even offered me a code for a discount on a future tour, which was really nice.
– I wanted more beer knowledge! I understand the bartenders at these breweries are busy, but it would have been cool to get more information from someone whether a bartender, brew master or our tour guide about the different styles of beer, their brewing process, the types of hops, etc. We did get some of this, but myself and the bride would both have loved learning even more about the beer. For the average guest, the tour covered plenty of beer knowledge, but if you’re really curious, don’t be afraid to ask the tour guide or bartenders more questions.
That’s it! It was really a great tour overall and any mishaps were quickly handled. And, for the price, it was a great deal. It’s not easy “brewery” hopping with a large group, but touring on the Cincy Brew Bus allowed us all to relax, have fun and enjoy some great beer.
You can sign up for a tour at CincyBrewBus.com.
Have you went on a brewery tour before? What’s your favorite local tap house? Let me know below!

30+ Unforgettable Things to do in Seattle 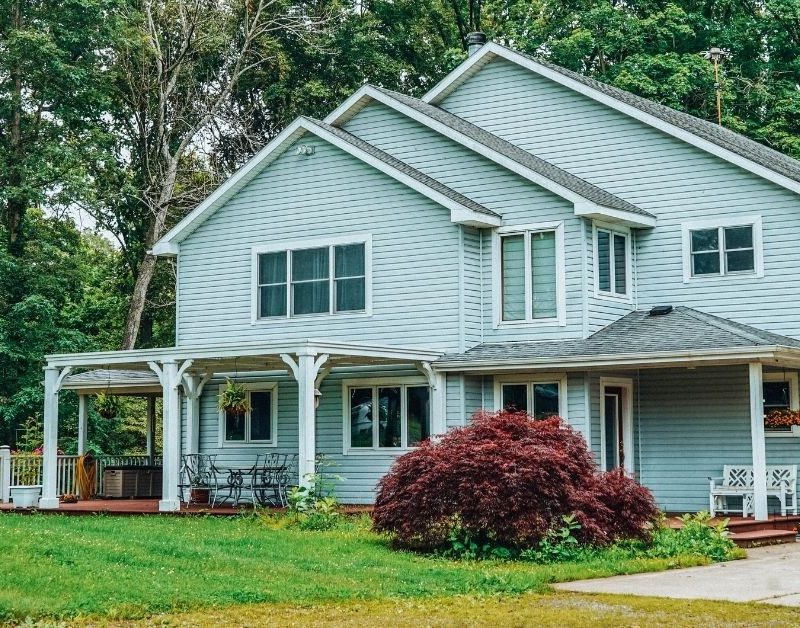 19+ Things to Eat, See and Do in Highland County, Ohio

7+ Things to do in Berea, KY for an Unforgettable Visit